“DAVID W. GRAVES, living on his farm, nine miles east of Cle-Elum, was born in Lincoln county, Missouri, January 21, 1845, the son of John P. and Maria (Glover) Graves, the former a native of Virginia and the latter of Missouri. John P. Graves was born in 1824, and has been a farmer during his entire life. He crossed the Plains in 1849 by ox team conveyance, and took a donation claim of six hundred and forty acres in Marion county, Oregon, where he is still living. Mrs. Graves, the mother of David W., was born in 1826, and was married at the age of sixteen. By a comparison of dates it will be seen that David was a lad of four years when his parents removed to Oregon. In this state he received his education in the common schools. At the age of eighteen he went into the mines near Baker City, where he worked for a period of seven years, and then removed to the Willamette valley. He there engaged in agriculture as a means of livelihood, and continued to reside in the Willamette valley for a period of seventeen years, at the end of which time he came to Kittitas county and purchased one hundred and sixty acres of land from the railroad company. He later sold this tract, and took an equally large tract as a homestead. This he also sold, and then purchased forty acres in the Teanaway valley, where he still makes his home. Mr. Graves' brothers and sisters are: Philip M., born in Missouri; Sarah J. Daily, born while crossing the Plains, en route to Oregon; Franklin T; Edward; John M; Flora Hobart; Wilbur, and Dollie Johnson, all born in Oregon, except the two first named. The brothers and sisters are all living in Oregon with the exceptions of John M., Wilbur and Mrs. Johnson, who reside in Montana, Spokane, Washington, and Idaho, respectively. Besides these whose names are given, one brother, Lorenzo, born in Oregon, is deceased.

“Mr. Graves was married in Salem, Oregon, 1870, to Amanda E. Shepherd, who was born in Nodaway county, Missouri, November 22, 1850, and as an infant crossed the Plains to Oregon with her parents. She was educated in the common schools of Oregon, and learned the dressmaker's trade, at which she worked five years, previous to her marriage, which event took place in her twentieth year. Her father was Andrew Shepherd, born in Illinois in 1815; a farmer by occupation. He was a veteran of the Indian war of 1855, having crossed the Plains in an ox wagon in 1852, and settled in Marion county, Oregon. He was of Scotch-German ancestry, and is now deceased. Clara (Lanham) Shepherd was her mother, and was born in Missouri in 1817, and married when seventeen years of age. The brothers and sisters of Mrs. Graves are: Francis M. and Martha J. Dent, born in Illinois, and now residents of Oregon and Walla Walla, Washington, respectively; James B. and DeCalb, born in Missouri and residing in Oregon; Jasper and Newton, both born and now living in Oregon, and Mary L. Cooper, born in Oregon, 1860, now living in Kittitas county, Washington. Besides these named, Margaret A., Jacob and Lucinda, all born in Missouri, and Curtis, born in Oregon, are now deceased. The children of Mr. and Mrs. Graves are: Florence Zeek, born in Marion county, Oregon, January 30, 1871; Jett, September 23, 1873, a seamstress and milliner of Spokane; George M., March 27, 1877; Burton, February 21, 1881; Clara G., March 13, 1885; and Ralph, October 21, 1886, all born in the Webfoot state. In religion, the parents are Seventh Day Adventists, and in politics, Mr. Graves affiliates with the Republican party. He owns a modern home, and his farm is well improved and amply stocked. He is prosperous and energetic, bears a good reputation and has a host of friends."5

In the 1880 census of Silverton, Oregon, listed are Florence, Jett, and George, with their parents.

Children of David and Amanda 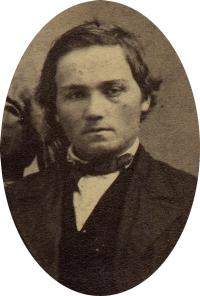 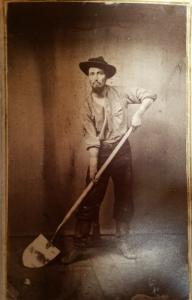 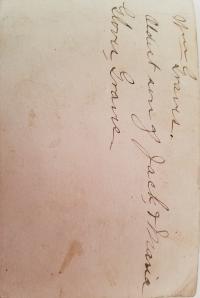