#1121, b. 11 August 1826, d. 28 April 1887
Cynthia Ann Richardson was born on 11 August 1826 Rush County, Indiana.2 She was the daughter of Caleb Richardson and Celia Humphries.2 Cynthia married George Ballard W. Parks, son of Robert Parks and Polly Hardwick, 26 July 1845 Tipton County, Indiana.3,4 Cynthia Ann Richardson died 28 April 1887, in Colton, Whitman County, Washington at age 60 years, 8 months and 17 days and was buried Colton Cemetery, Colton, Whitman County, Washington.
In 1853, Bal, Cynthia and the family made the long journey from Indiana to Oregon. According to their Donation Land Claim application, they arrived "in Oregon" 20 October 1853. They would have left Missouri in the early spring, just as soon as the grass was up for the animals’ forage. We do not know exactly when they left, but by August they were in Fort Boise, facing the last long and arduous journey over the Cascade Mountains. Most trail pioneers went northwest to the Snake and Columbia rivers but there was budding an alternative, called the “Free Immigrant Road” and the Meek route. The new combination route had been scouted, but not finished, when Elijah Elliott went to Boise to meet his family in Ft Boise. To make it worse, Elliott did not go east on the road he was planning to bring the wagon west on. The Elliott route ran from the Idaho border, the "Elliott Cut-off," across the desert, crossed the Cascades, down the Middle Fork of the Willamette River to "Skinners" which later became known as Eugene. His bragging about the new route, which would cut 300 mile off the trip, caused a vast number of immigrants to choose to follow him. A good route, plenty of forage, mild climate, easy mountains. . . how could they lose? Leaving the first of September, the more than 1000 people, with thousands of stock animals, set out to the west. Although at first the going was ok, they soon came to the great desert, which had to be crossed. Because it was so late in the year, the streams were mostly dried up. It was very rough going. Some cattle walked away, people had to off-load furniture, food became scarce. The road they expected to find up the eastern slopes of the Cascades never appeared. It hadn't been built. So, they hacked their way up the mountain. Eventually they were exhausted, so Elliott sent ahead a scouting party to bring help on 16 October. Luckily, one of the scouts, Martin Blandling, was found by a farmer in the small village of Lowell. The villagers took food and water to the travelers who eventually made it to Lowell, and on to Eugene. Whether the 20 October date of “arrival” was entirely accurate, it served its purpose. The group had actually been in “Oregon” for close to two months by the time they landed.
Although records haven't been kept of the names of the 615 men and 412 women, by the process of elimination, some have been identified, as they were known to be in the area by the end of that year, and had not checked in at the Indian Agency on the northern route. They also were not known to have come up from the south. For this reason, the Parks family is included in the group.

Children of Cynthia and George 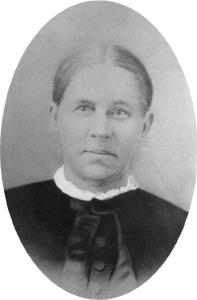