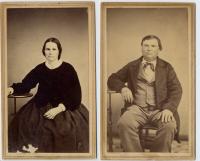 John Henry Palmer and Catherine Nowlin Graves
arrived in Oregon September 2, according to the Donation Land Claim, which probably means they arrived at Oregon City, to put in their claim, or Graves Butte, by that date. The Indian Agent at the Utilla Indian Agency (near today's Echo, Oregon) kept a log of the immigrants as they passed through the area. The train, as it passed the agency on 15 August, consisted of 130 people, 53 men, 21 wives (one fellow had two wives) and 56 children. Included were: Graves, T. and Palmer, J., w, 3s, 2d.
Based on the "journal" of Benjamin Cleaver in 1848, and other contemporary records, it may be expected that they left Independence or St Joseph around 24 April 1853. 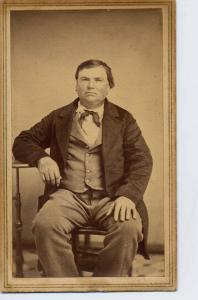