In 1880, "N Palmer, white, male, 30", a metalurgist, is found with several other mining men in Miami, Pinal County, Arizona. Included are J M Rice, 35, is a mill wright, S. A Souther, 28, is a machinist; O A Stouts, 26, Arthur Frank, 18, and E M Rice, 24, are carpenters. J W Flippin, 35, J W Dearborn, 36, are miners, along with several other men. It is probably a boarding house of some kind, but there is no identified head of household. Most have been unemployed during the time from June 1879 to June 1880 for several months. Nick was unemployed for 9 months. Interestingly, he is listed as being born in France, but his father in Kentucky and his mother in Virginia. Before 1883, Horatio Nixon lived San Francisco, California.8 In 1883, Horatio Nixon lived Tucson, Pima County, Arizona Territory.9

The Los Angeles Times reports:
San Bernardino Index.
Palmer--McGrath
At about noon to-day Judge Knox tied the nuptial knot of Horatio Palmer and Miss Eleanor McGrath. The parties hail from Los Angeles county, but the record that our genial San Bernardino judge bears for tying a knot so hard and strong that it is warranted not to rip, ravel or run down at the heel, induced the parties to come hither for the ceremonies.10 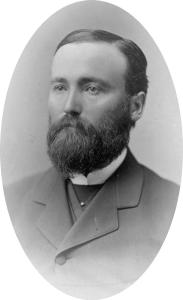 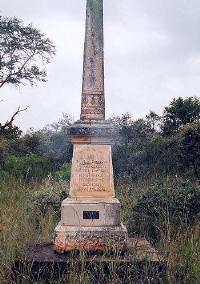 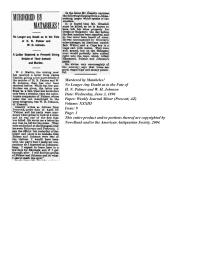 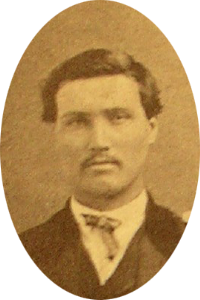