Agnes and "C B" were married 8 April 1891, in Marion County. Alta, according to her delayed birth certificate, was born in Mount Angel, 13 April 1892, and in the 1895 census, C B, Agnes, and Alta were in the Salem area. It's difficult to tell where anyone "really was" in this unique census, which is vague for location and family relationships and very specific for personal characteristics.

Agnes is living with Gladys and her family in Oak Grove, Clackamas County, Oregon, in 1930.

Children of Constantine and Agnes 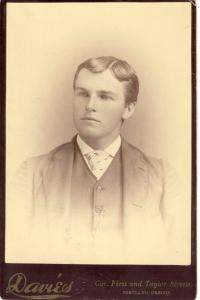