#1834, b. 8 March 1802, d. 28 July 1893
Celia Humphries was born on 8 March 1802 Pulaski County, Kentucky.4 She was the daughter of George Humphries and Charlotta (--?--).2,3 A marriage bond was filed for Celia and Caleb Richardson dated on 2 February 1818 Pulaski County, Kentucky. The bond was signed by There is a marriage bond dated 2 Feb 1818 for Sealy Humphreys and Caleb Richardson (as transcribed), consent of his mother, Jane Richardson, and of her father, George Humphries. Boler Humphries surety for the bond (1).
A copy of a list of marriage returns, by marriage date has (handwritten) Cabel Richardson and Selay Musshras, 29 January 1818. (2.)5,6,7 Celia and Caleb Richardson, son of William Richardson and Jane Bobbitt, were married 29 January 1818 Pulaski County, Kentucky.7 Celia Humphries died 28 July 1893, in Colton, Whitman County, Washington at age 91 years, 4 months and 20 days2 and was buried Colton Cemetery, Colton, Washington.
( Umphries /Humphreys.) As of 2 February 1818, her married name was Richardson.5

Children of Celia and Caleb 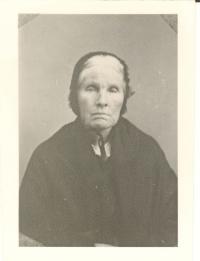